A FREE DAY OF FUN FOR THE WHOLE FAMILY

Worldwide Free Comic Book Day Comes to Garland with Comics for All Ages!

A Galaxy Called Dallas in Garland is one of thousands of comic book shops around the world celebrating the biggest day in the comic book industry and comic art form, Saturday, May 2nd. On Free Comic Book Day, over 5.6 million comic books will be given away by participating stores, introducing as many people as possible to the wonders of comic books!

“A person of any age can find something to ignite that love of reading that will last a lifetime,” said James Pickering, owner of A Galaxy Called Dallas.

Celebrating its fourteenth year, Free Comic Book Day has proven to be a smashing success, spreading the word that comics are a terrific read. “Even if you have never picked up a comic book, stop into A Galaxy Called Dallas, because you never know what you will end up finding.”

"We at A Galaxy Called Dallas want to spread the word that comics are perfect for today’s times," Pickering continued. "Comic books and graphic novels are considered a hot form of entertainment, that are fun and a smart pick for readers to dive into as imagination comes to life with the turn of every page.” Comic Books have propelled to the front ranks of pop culture, many being adapted into movies. The first Saturday of May has been and will continue being a big day in the comic book world.”

Regular updates, information about comic books, and a list of participating publishers and their free comics are all online at www.freecomicbookday.com. 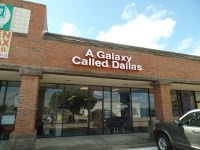