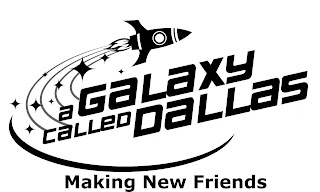 This is a new feature that I'm adding to the website. It's the first of several things that I'm doing to the blog and actually the brand, if you will. I've got more info coming on the future of A Galaxy Called Dallas, but for now I wanted to get this out there while it was still fresh.
I joined up a Zoom meeting hosted by Fan Meetups which is a subsidiary of Fan Expo HQ. This meeting was led by Lance Stanford, a podcaster out of Lubbock, and he discussed the myriad topics that one would face when deciding to start a podcasts. Lance has a podcast called The Night Nerd with over a thousand episodes under his belt and is pretty knowledgeable on the subject.
Also attending the meetup were members of two other geek groups here in the state of Texas. Danny Gambero representing Pop Culture Elevator and Andre Gwinn of Get Geek'd Abilene. If you live in their area (or don't,) be sure and show them some Geek love.
Below are links to everyone's website or Facebook pages or both. Enjoy!
The Night Nerd Website
The Night Nerd Facebook
Pop Culture Elevator Facebook
Get Geek'd Abilene Facebook
Fan Meetups Powered by Fan Expo HQ