Avatar blows the mind and overloads the senses

I really find it hard to say what I want to say about this movie because nothing really describes it. All I can tell anyone is, “go see it'”. And if you can afford it, go see it in 3D on the Imax screen. We went to the first showing in Plano and paid $14, but believe me, it was money well-spent! My wife and I could not believe the colors and the detail of each scene. The creativity that went into designing the wildlife and the Na’vi themselves is astounding. The seamlessness of what was cgi and what was real still leaves me dumbfounded.

Now, on another note. Some websites have tried to read into what James Cameron has done here and the story in general. It has been likened to the plight of the American Indian and some people have even called it a racist movie. I’ve also heard of people who have walked away with tears in their eyes as the credits rolled, overwhelmed from the shear beauty of the story and vision that they have witnessed. Before drawing conclusions, go see the movie! 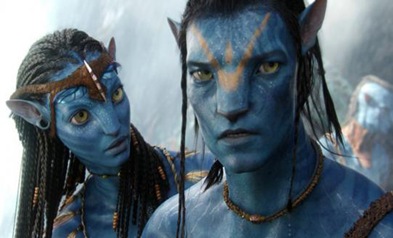