You can't take the memories from me.

Thanks to Facebook's Memories feed, I've been reminded about a lot of things that have happened over the last few years some good and some not-so-good. It kind of puts me in a low place, so I tend to not get out and do a lot or get on the computer very much. 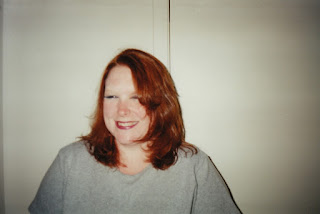 July 2nd, 2010 was the day that they found the tumor in my wife's brain. It was exactly six months from birth of my daughter and totally out of the blue. From that point on our lives were turned upside down. Though we were never told to start planning for a funeral, we knew that it would happen somewhere down the line. It's hard to live for the moment when you don't know when time is up, but in retrospect, we do it every day already. We were just on a little faster schedule. 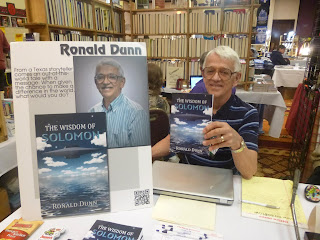 July 3rd, 2018 was the day my good friend, Ron Dunn, passed away from a brain tumor. He was there for me when Carroll passed and I miss him very much. He was a good man who survived pancreatic cancer some years ago, but then it metastasized in his brain. To celebrate his surviving the first cancer, he knocked off a bucket list item by writing "The Wisdom of Solomon" which we carried on our shelves. It was a story about a Christian finding out that there is intelligent life in the universe and as simple story-telling style as his was, it was a really good story. He wrote a sequel to it which was really just a continuation of the main story and just as good. He was a great story teller and an even greater friend.

And last but not least, June 2014 was the month that things got to rolling on opening up A Galaxy Called Dallas Comics. I mean, looking back, it moved really quick. But you know what? I wouldn't change it. I will open another shop. I just don't know the timeline or the location or anything else except that I know that this is what I want to do. I love putting books into the hands of people to read and love. It's my way of giving back to the world. As great as these memories are, here we are five years on and the shop is no more. To hammer it home, the property managers finally cleaned the shop out. The Kid noticed the other night when she and some friends went with their Grandpa over to the shopping center to watch fireworks. She came home in tears saying that they had taken away her life because she had spent half her life in the shop. Yes, a little dramatic but the kid's been through a lot in her short life. We talked about how we made so many great memories and no matter how much cleaning they do in that space, they can't take those from us.