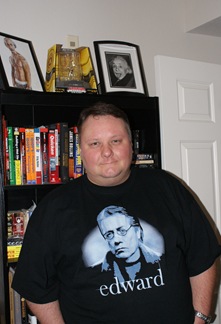 Here in Dallas resides a talented cartoonist named Joel Watson. He has a web comic called HijiNKS Ensue and the topics usually deal with sci-fi/fantasy pop culture and the like. Recently he put together a strip showing his own “Team Edward” and it was such a hit, produced the shirt. I’ve got mine. It’s only $20 and all licensing proceeds go to ‘Doctors without Borders’. Get yours and show those Twilight fans whose boss! So Say We All!