A little something for the ladies! Latest photos of Jake Gyllenhaal as Prince Dastan. He’s stated that he is tired of taking himself seriously and is using Jerry Bruckheimer’s  Prince of Persia: Sands of Time as the means to the end. The movie is set for a May 28, 2010 premiere. Filming should start sometime this month in Morocco.

The movie is based upon the video game and will entail Prince Dastan teaming up with a Persian princess named Tamina. Tamina will be played by Gemma Arterton, who played Strawberry Fields in Quantum of Solace and will also appear in Clash of the Titans. Together they mush prevent a madman from getting the Sands of Time and ruling the world.

If you click on the title of the film above, you’ll see more photos and video from the filming of the movie. Enjoy. 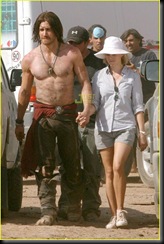 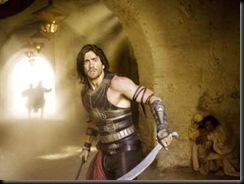 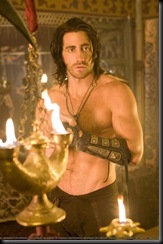