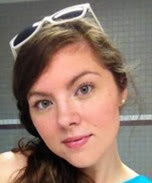 I got a chance to sit down with Chrystal Anne and get to know a little about her and her new horror/fantasy book, HELL’S GATE: AWAKENING. She released the book in July and has been promoting it with convention tours, book signings, and the latest, a movie trailer. Yep, actors, cameras, the whole nine yards and it looks really good. She showed it at an event held at Madness Comics in Denton last weekend and it got a great response. The book is the first in a trilogy, so expect more from this new author.

The book concerns Celeste, a girl from Tokyo, who is adopted and moves to the United States. At fourteen her adoptive mother passes away under mysterious circumstances, but moves on with her life and eventually grows to be a young woman, even getting engaged. Shortly after turning twenty-four, her past comes back to haunt her and if it breaks free, the world will never be the same.

Watch the interview and then follow the links below to more information about Chrystal and the book. 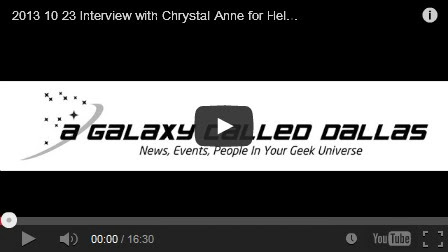 Be sure and let us know what you think!

HELL'S GATE: AWAKENING on Amazon.com (not an affiliate link)